No, a No Deal is not the best outcome…for anyone I took part in a conference in London yesterday jointly hosted by British, Irish, French, German, Danish and Dutch agricultural organisations about the impact of BREXIT on the future of the agricultural sector across Europe and the UK.

I was representing Arla. We are a cooperative owned by farmers in seven European countries, including the UK, where we are the largest dairy with a £2.2billion revenue. The UK makes up 25% of our global business. And as well as being the home for 2400 of our farmers, we support 120,000 UK jobs and contribute 0.33% to the UK’s GDP. So we are an important voice in the BREXIT economic debate.

The timing of the conference was important. With BREXIT negotiations on a knife edge, the stakes couldn’t be higher. As the conference heard, the next few weeks will be critical.

I have written before about the need for a deal that allows free trade between the UK and EU, and the benefit of this to consumers. As things stand at the moment, this type of deal looks far away.

But as with every high stakes negotiation, politics and brinksmanship play a huge role. It is important we cut through all of this noise and focus on the facts and the real life impact.

A ‘No Deal’ will break the supply chain 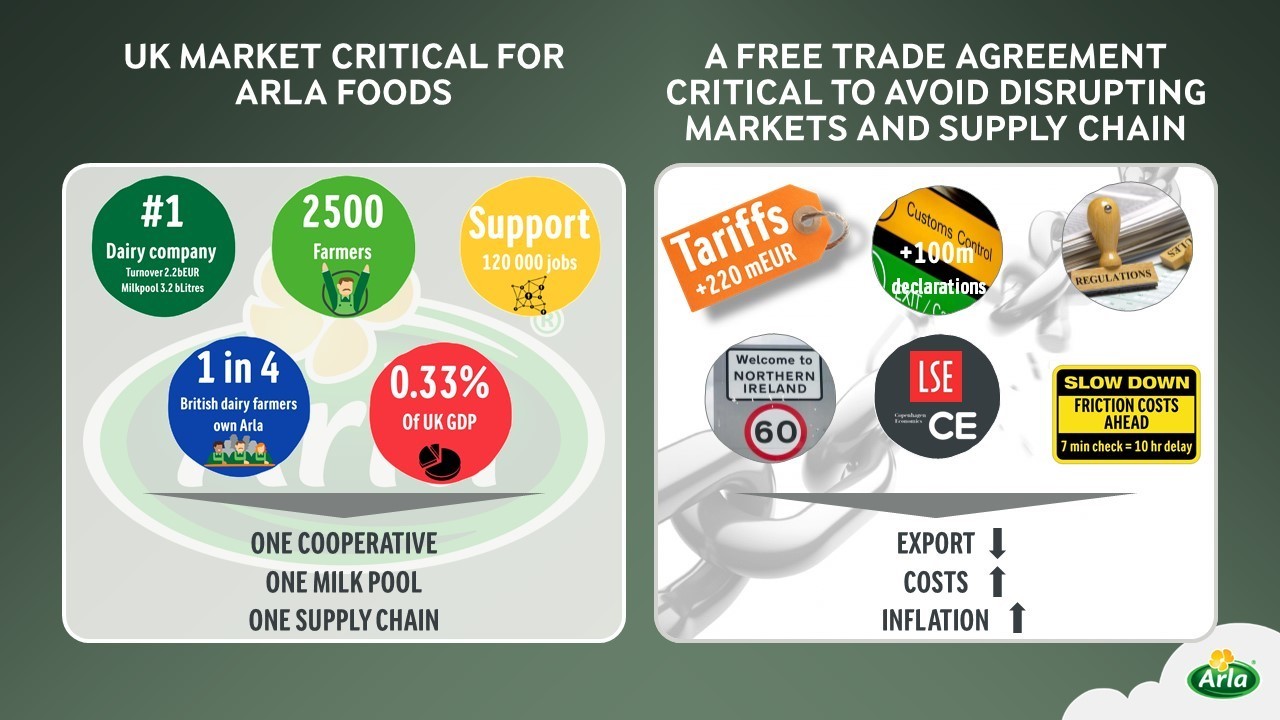 I was clear at the conference that a No Deal was not an option. The consequences will be dramatic and far reaching. For Arla, we have grown as a business because of the single market. It has allowed us to collaborate across borders to produce high quality dairy products. Consumers have had access to these at competitive prices because of the low costs and ease of moving products around the EU.

It is not an exaggeration to say that the integrated supply chain that has served UK and EU consumers well over the past 20 years will be broken if there is no deal.

The infrastructure that allows goods to flow across the UK/EU border will come under significant strain- and I am concerned that neither side has made sufficient preparations to mitigate the increase in workload that will happen when more checks on goods are required.

This will cost companies time and money. Our analysis of these in the UK, carried out by the London School of Economics showed that:

And the impact won’t stop at the border. The UK isn’t self-sufficient in dairy. Only China imports more dairy products than the UK. 98% of these imports come from the EU. And with perishable goods like dairy, there is no easy way to replicate the current trade flows between the UK and the EU. So with no deal, we expect products such as speciality cheeses, where there is  limited domestic capacity, to quickly be in short supply and for prices to rise for consumers.

I also made the point that the impact of a no deal won’t just be felt in the UK. Analysis carried out by Copenhagen Economics for Arla showed that our exports from Denmark (around 10,000 containers/yr) could be significantly impacted with a corresponding reduction in revenue and our contribution to Denmark’s GDP.

The conference was united in its call for both sides to increase their efforts to strike a deal and in doing so ensure that future EU/UK trade excludes tariffs or quotas and that there is a relative level regulatory and policy playing field.

I fully supported this. It reflects Arla’s consistent position throughout the BREXIT negotiation and should be a wakeup call to both sides that a No Deal is not an option. As I said at the conference, we need to work together to protect trade. It helps jobs, livelihoods and business.

In 2011, Peter became head of Arla Denmark and in 2014, he moved to Leeds to take responsibility for Arla UK. Since 2016, he has been CCO of Arla Foods' European business. Peter holds a master’s degree in business economics from University of Aarhus and began his career as a management consultant. Since then, Peter has completed executive education at Wharton Business School, Columbia Business School and is a member of World50. 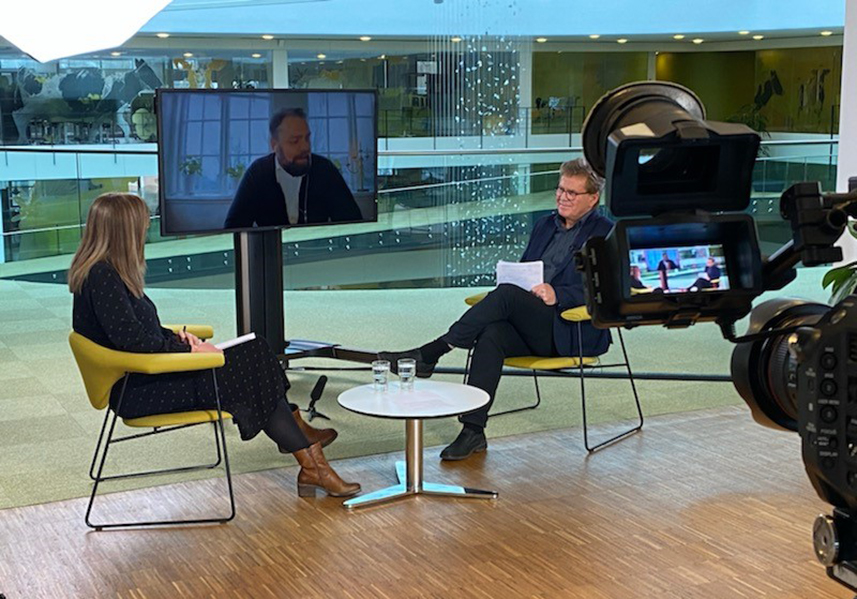 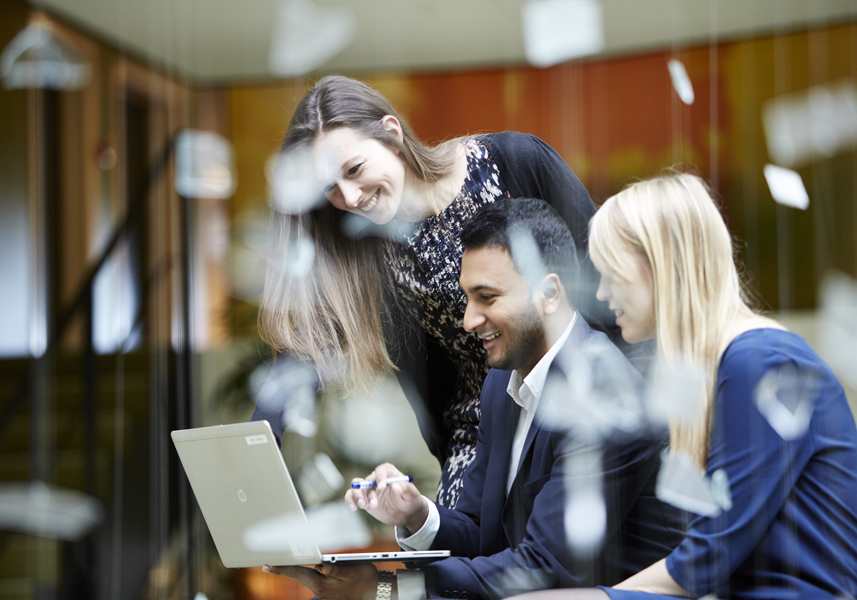 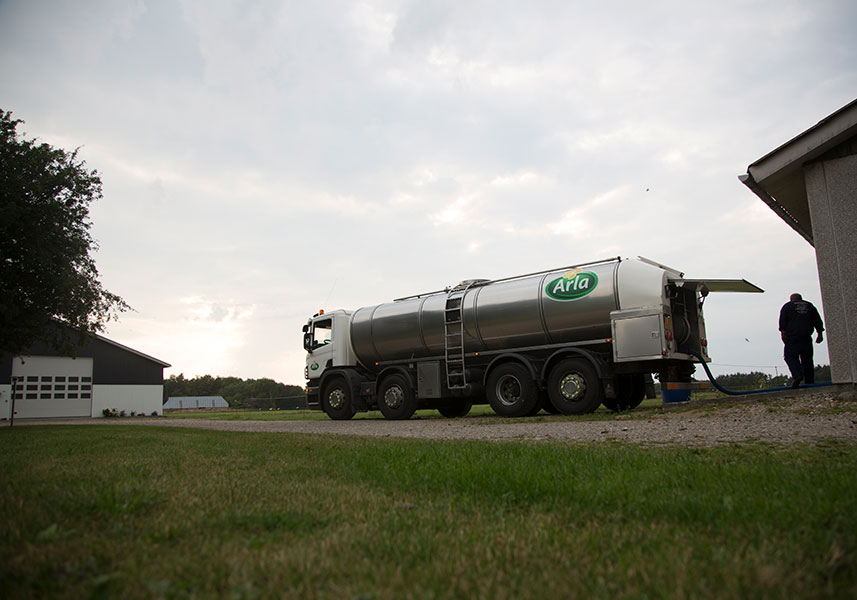 Peter Giørtz-Carlsen 26. October 2018 No, a No Deal is not the best outcome…for anyone